Hallelujah! No rain meant a fun-filled night at th Phuket FantaSea – a cultural theme park and spectacular show. I don’t want to post too many pictures and spoil it if you want to go because it’s amazing, but I had mixed feelings on the theme park, and I’ll tell you why.

Let’s start with the positives – you arrive by bus and it’s magical, ike Thailand’s own little Disneyland. Bright and multi-coloured lights above you, men and women dressed up in vibrant cultural clothing and the most extravagant gold and turquoise elephants surrounding a pond with bright orange fish – and that’s just where you purchase tickets!

When walking through the tunnel of light in to the park the music is just like that in one of Walt Disney’s famous parks. The buildings are so traditionally Thai, with intricate patterns and artistic designs. People in costume surround you, dancing and singing and smiling at stalls with candy and jewellery. There are restaurants and cafes and little arcades for children. Everyone gathers for the main show in The Palace of the Elephants which starts around 9pm if I remember correctly! As you wait, elephants walk around taking people on rides (I will get to that later), and every is entitled to a buffet meal with their ticket. The food is lovely and the restaurant has the most unbelievable and wonderful decor you will see, it is all completely gold.

While in the show, you must lock all phones and cameras away so there are no pictures, but the dancing, costumes and performance is out of this world and really is a breathtaking show. But I had one problem with the whole thing. And it was a major issue.

The negative – the elephants. The treatment of the elephants and the way that they are made in to tourist attractions really isn’t appealing to me and I just felt so helpless watching these beautiful and grand animals wandering round and round and round the same spot of the park taking people on rides wearing purple hats and silk scarves. 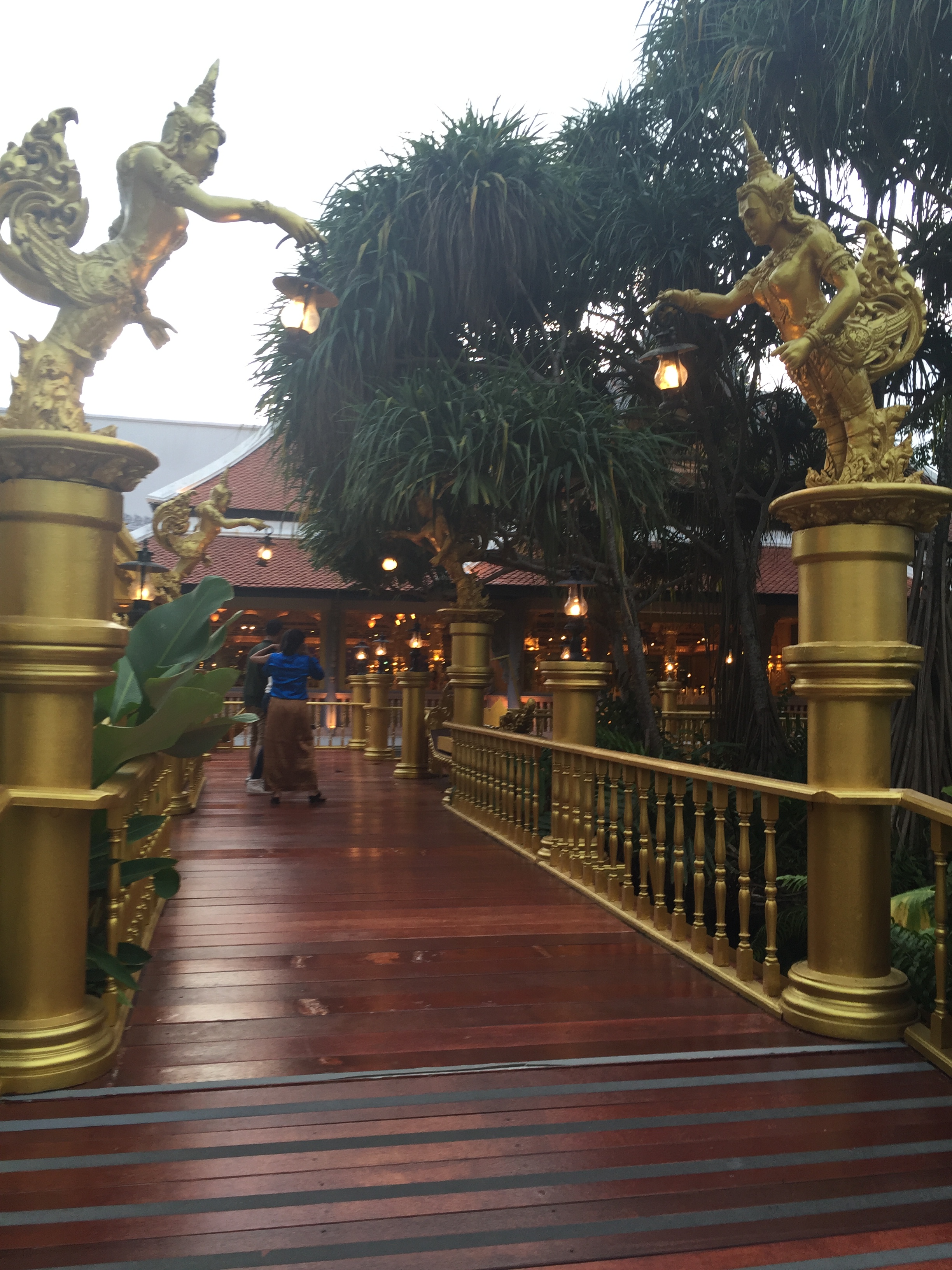 Just when I thought that was the worst, I was exposed to the show. Elephants dancing, standing on hind legs, behind each other, walking in perfect time, performing tricks and not even batting an eyelid at the sound of a really loud canon just opened my eyes to what these animals are exposed to. I don’t think people understand the extent of what goes on behind closed doors, we can only guess. I believe a few people dressed up in an elephant costume would be just as effective and more friendly than using the real animals – and would also add comical effect. I felt so strongly about it that I am going to write a separate post. All in all, FantaSea is worth a visit – but get rid of the live animals in shows. It’s not cool.