It feels like it’s only been about 2 months since my 21st… but apparently it’s been a year! This week it was my 22nd birthday (a day I’ve waited for since I was a wee girl just so I could say I was “22 on the 22nd”)! and after not planning any celebrations, a suitable fuss was made! I also gained a LOT of inches onto my hair by getting my luscious long locks back again for summertime in the form of blonde keratin bonds, and I’m finally almost finished series 3 after catching the ‘Broadchurch bug’…

Yay! That time of year again – time for cake, prosecco, multiple new outfits, a week of celebrations, more cake and more prosecco… it was my birthday! This week I turned 22, and unlike Taylor Swift in 2012, I certainly am not feeling 22 (having a baby face doesn’t help this one bit).

For every other birthday I’ve had, I’ve wanted balloons, tiaras, a party, friends, family, glitter and sparkle (who doesn’t?!) but this year I thought ‘right come on Amber, you’ve had 21 years of this – calm it!!’. And despite the fact I have waited for so long for my birthday to fall on a Saturday so I could go out for lunch and drinks and then go out at night and party, the 22nd of April for us grown ups is also known as ‘that skint week before payday’… yeah. So a night out was a total no-go.

The fact that most of my family stop giving presents after the age of 21 meant that this year I wouldn’t in fact be getting money to spend on a night out anyway (haha – I appreciate ALL your gifts for 21 years though fam)… but despite that (and only asking for pink balloons) – I feel like I got totally spoiled!

Wine, gin (yes – they come first on my list now – can you tell I’m getting older?), money (used on petrol and lunch this week – again, can you tell I’m growing up?), perfume, toiletries and even a cuddly toy (because you’re NEVER too old!) came my way and I couldn’t be more grateful! And yes – I got my balloons! 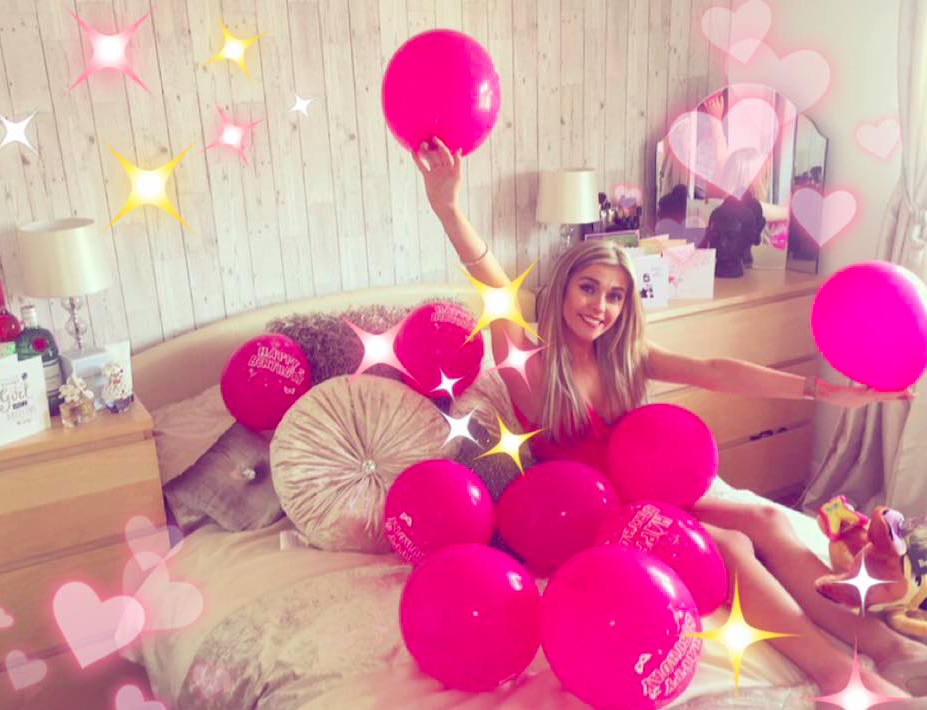 My birthday also included 2 dinners which I can’t complain about as I love food and lots of cocktails – woop woop! All in all – a successful start to 22! Thank you for all of your birthday wishes on Facebook, Instagram and Twitter (I hope you enjoyed my excited and slightly tipsy birthday Snapchats, too!) x

I love having my blonde hair just now! But I was definitely missing one thing and that was my extensions – they just give me so much ‘oomph’! I’ve given myself a 6 month break from them and my hair has got a lot healthier, so I decided that I definitely needed my extensions back.

Just LOOK at that difference…

I love how they make my hair thick, healthy looking and bouncy! They’re easy to style and in my opinion pretty much look good no matter what you do with them! I get mine in the form of Keratin bonds at Maddi’s Hair Boutique within Feeva Looks Salon, Bishopbriggs just outside of Glasgow. Madeline who does my hair is literally an extension queen and she’s so speedy it’s unbelievable! The colour match she gave me is so natural looking and I love the warm blonde tones through my hair – it’s great for summer and looks really natural.

I love having my extensions in especially when I go on holiday. I’m going to Thailand for a month in June and coming out of the sea or the pool or even the shower with wet hair for me usually means frizz, flicky ends and a straight flat top, but with my bonds in they are effortlessly wavy and look great with some Fudge salt spray.

I chose blonde so that they will lighten in the sun and look great on holiday, but I think I’ll eventually go back darker after my holiday – I love a hair change! It’s great being lighter for the summer season! 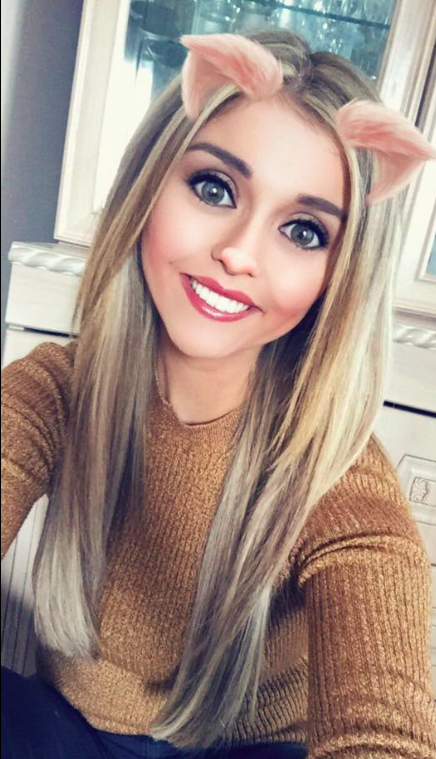 Ahhhhh have you seen Broadchurch?! It wouldn’t surprise me if you have, because as always with series I am a latecomer! I literally joined the bandwagon 2 weeks ago at the start of series 1 and managed to get through the first 2 series without any spoilers – saying that, it would be pretty hard for someone to spoil something that look me about 5 nights to finish.

I LOVED the first 2 series and I’m halfway through series 3 – I can’t thank my friends enough for recommending this to me! If you’re in the minority like me and haven’t seen it (pretty much me with all TV shows!) then go watch it! Watch it watch it watch it! It’s gripping, thrilling and I can’t get enough.

I caught up with it on Now TV and catch up with the latest series on Sky ITV Hub catch up.

Next week I have another busy one, and I’m looking forward to keeping you all updated! In the meantime, follow me on Twitter (@amberzoe_x) and Snapchat (bambi_x)